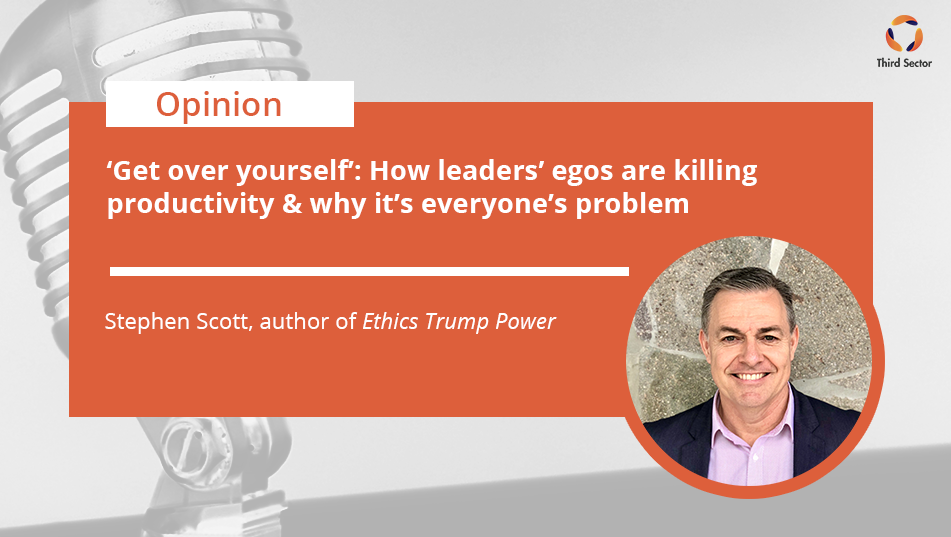 Too many leaders have displayed an unquenchable thirst for power or market domination at the expense of ethics. There’s an overall inability to have a respectful debate and society is now polarised by campaigns of hate. As a result, trust in the leadership of many governments, institutions and businesses around the world is at an all-time low.

“Many leaders today are focused on power and influence that is driven by ego. We typically observe them unwilling to learn from the past, failing to set high standards and incapable of uniting people to a moral cause. They lack the necessary traits to be truly productive leaders.”

Which he says are courage, authenticity, humility and ethics – at the core.

“Too often, we are witnessing high profile political figures focused on attaining or retaining power at the expense of ethics. There is no greater example of a political figure than former US President Donald Trump who presents as an interesting case study for leadership. Regardless of whether one agrees with his policies or not; the net result of his leadership is an unprecedented division in a country that touts itself as the leader of the free world. It is more divided than ever and is constantly teetering on large scale civil unrest, which is profoundly diminishing the quality of life of its people.

“This is an absolute disaster for that country’s productivity as human, material and financial resources are being consumed at excessive rates and very little positive return on that investment. Commensurate with this is an alarming decline in quality of life.

“An unfortunate reality for all leaders in any organisational setting is that their cultures are a true reflection of their leadership,” Steve explains. “I believe that building and mobilising a strong ethics based leadership philosophy will solve these problems. When leaders lead ethically, they gain longer term power, with a stronger united team focused on sustainably improving quality of life and productivity,” he adds.

“Depending on the significance of a situation you are faced with, your fear and ego needs may blind you and control your subconscious thoughts. This leads to a primal reaction that prioritises your personal needs ahead of the greater good.”

Steve says this often presents as immediate, instinctive, impulsive and irrational behaviour and practise. Productive leaders recognise when fear and ego needs interfere with their thinking and consciously find the courage and humility to overcome them.

In his latest book Ethics Trump Power, Steve offers many insights into how to establish a sound basis for strong, ethical and inclusive leadership in any organisation.

“It is the leadership that determines the environment people exist in, which has a direct impact on people’s quality of life. Habits people form in your team and the creation of a positive and energising culture, is a direct reflection of your leadership.

“There has never been a greater need for ethical leadership in society today. Leaders with an agenda for power are polarising society and killing productivity; the cost to society is extreme. The solution however is in the leadership of everyone – from grassroots to the top tier of governments. Collective courage and humility will ensure people unite and work more productively for a better future.”

Sign up to our newsletter for articles, insights and useful tips to support you in your leadership.